Getting It Right: Revisited 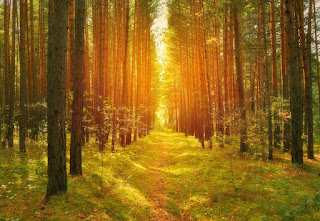 The first post I ever wrote for this blog, Getting it Right, was about this scripture from 3 Nephi:

There appears to be two recognizable tendencies occurring within this group of people right now. The first tendency developing is people who are depending too much on a specific servant of the Lord, not looking for their own answers, and disregarding anything that may come from God through any other person. I have not witnessed much of this firsthand, but have come across occasional evidence that it exists.

The second tendency developing is people who will reject anything from God unless it is revealed to them first. This, they say, is what we are supposed to do.

The problem with both of these is that neither are hearing the Word of God. They may hear and recognize some, but they are missing a lot too. We must both receive revelation for ourselves, and recognize true messengers with their own revelation from God. In addition, we cannot hope to be equals if we can't recognize revelation in each other as well. God will and is offering us opportunities to develop and prove ourselves, that we are someone who will hear His voice (which comes in more than one way) and is loyal to Him. If we won't recognize it when it comes to us through another, how can we call ourselves His sheep? How, having rejected a messenger, and therefore Christ Himself as the scripture explains, can we then receive more opportunities to hear His voice ourselves?

Some of us have made for ourselves arbitrary expectations of how God will and will not perform His work. We've set up stakes for ourselves in this, that hold us back from what God is really doing, because we will not hear Him in it. In this, we have put own wisdom above that of God's. We reject him for the flesh of our own arm. We are not loyal to Him. We reject Him.

Something as simple as becoming childlike will prevent this. If we are willing to let God correct our errors, we can be taught by Him. If after study and the guidance of the Spirit, we take our conclusions back to God for confirmation or correction, we limit the risk of misunderstanding God, and allow room for further learning.