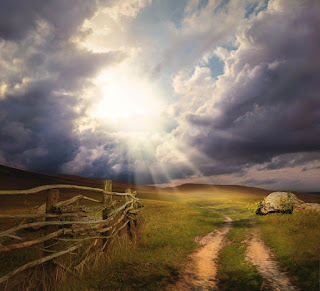 I didn't expect or want this to be my first post, but I've been directed by the Spirit to begin with the scripture below. Apparently it's important enough that it merits the first posting. So let's dig in...

35 And it would be better for them if they had not been born...

This is Mormon after compiling accounts of Jesus' visit to the Americas, and only the lesser part (3 Nephi 26:7-11). He was commanded to withhold the greater things until we believe these lesser things. But that's another story all together (one we yet have to live up to). Anyway Moroni is describing the 3 Nephites, about how they have ministered to him. He knows their names, but isn't allowed to share them. He knows that they will be among the Gentiles and among the Jews, neither of which group will know their true identity (as servants of God). In the Lord's due time they will minister to all the scattered tribes of Israel.

The verses I've included above get a bit broader. They aren't specifying just these 3 men who were chosen of God, but I feel I can safely say it applies to all God's chosen that He sends among us. Anytime God sends someone to speak His words to a people, these verses will apply.


Why this is important for us to know:

These are scary verses. They put the brunt of determining which words are the words of Jesus, and which people are His chosen on us. If we don't get it right it'd be better if we were never born.

No pressure, or anything.

...We just won't get into heaven because He is the gatekeeper, and if we somehow get it wrong and end up rejecting something from Him, He won't receive us.

Rejecting words that come from Him, is the same thing as rejecting Him.

Rejecting someone sent by Him to us, and therefore their message (which, remember, is His message) is the same thing as rejecting Him.

So this is a HUGE DEAL!


How in the world are we supposed to trust ourselves to get it right?

We could just go with whatever is popular.

We could rely on someone else to tell us the right answer, maybe someone we trust, like a coworker, friend, family member, or maybe that really successful guy we know, or wish we knew.

We could trust the culture or family traditions we've been born into.

We could just go with whatever the official stance of the organization we belong to is.

This doesn't seem like the kind of decision we should trust others to make for us, or even allow them to influence our decision.

We have to get this right for ourselves.


This mistake has been made before.

God's chosen have been rejected many times, even Jesus was said to have had a devil by His own people. If they could not recognize His voice when He was right in front of them, how do we expect to do any better?

2 Nephi 9:42
And whoso knocketh, to him will he open; and the wise, and the learned, and they that are rich, who are puffed up because of their learning, and their wisdom, and their riches--yea, they are they whom he despiseth; and save they shall cast these things away, and consider themselves fools before God, and come down in the depths of humility, he will not open unto them.

We ought to consider ourselves fools before God.

We need to go before God in prayer, not as the guy/girl who already has all the answers about what or who is right or wrong, but as the fool who wants to know the truth straight from the source, willing to abide by whatever the answer is... even if the answer turns our world upside down.

Otherwise we'd be just another Pharisee, rejecting Jesus because he didn't fit the expectations of the organization that claimed to serve Him, or the most strict followers of His law.


Why should you take my word for it?

You shouldn't! That's the whole point. Trust the Spirit. The more familiar with it we become, the more we recognize the Word of God when we hear it, whether it comes from a bum, a book, or some carpenter's son. Get a good understanding of His character and purpose by reading the New Testament accounts of Him. And of course don't forget the Book of Mormon, all of it really, but particularly His visit to the Americas.

If we do not realize we are fools yet, what might His message be to us now?

I'd be wary if your first reaction to this post was, I got that in the bag already.
Posted by Sarah at 4:34 PM