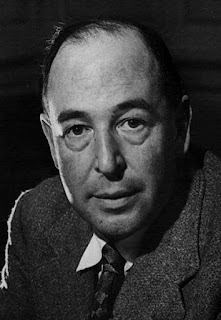 Yesterday was the 52nd anniversary of the death of a literary giant, and a wise man, C.S. Lewis. His story is a fascinating one. After becoming an atheist as a 15-year-old, he later, in his adulthood, converted to christianity, and became an open proponent for it. When the day ended on November 22, 1963, it was more than just the light of the sun that left, the light that this man brought to the world also left. And so, it is fitting that he passed from this life near sunset.

In memory of him, I'm going to share a quote taken from The Screwtape Letters. For those unfamiliar with this book, it's written as a collection of letters from one of the devil's high ranking minions (Screwtape) to his likewise minion nephew (Wormwood), giving him pointers and education on how to win targets over to their master's side. Here is one such example:


The simplest is to turn their gaze away from Him towards themselves. Keep them watching their own minds and trying to produce feelings there by the action of their own wills.  When they meant to ask Him for charity, let them, instead, start trying to manufacture charitable feelings for themselves and not notice that this is what they are doing. When they meant to pray for courage, let them really be trying to feel brave. When they say they are praying for forgiveness, let them be trying to feel forgiven. Teach them to estimate the value of each prayer by their success in producing the desired feeling; and never let them suspect how much success or failure of that kind depends on whether they are well or ill, fresh or tired, at the moment.

There is truth in this statement, that can be found in the scriptures as well.


But this thing commanded I them, saying, Obey my voice, and I will be your God, and ye shall be my people: and walk ye in all the ways that I have commanded you, that it may be well unto you. But they hearkened not, nor inclined their ear, but walked in the counsels and in the imagination of their evil heart, and went backwards, and not forward. Jeremiah 7:24

Then came certain of the elders of Israel unto me, and sat before me. And the word of the Lord came unto me, saying, Son of man, these men have set up their idols in their heart, and put up the stumblingblock of their iniquity before their face: should I be enquired of at all by them? Therefore speak unto them, and say unto them, Thus saith the Lord God; Every man of the house of Israel that setteth up his idols in his heart, and putteth the stumblingblock of his iniquity before his face, and cometh to the prophet; I the Lord will answer him that cometh according to the multitude of his idols; That I may take the house of Israel in their own heart, because they are all estranged from me through their idols. Ezekiel 14:1-5

When we expect a certain answer or outcome in prayer, and aren't willing to wait on the Lord for these things in truth, we are actually denying the Holy Spirit. We're not allowing it to speak to us. We're not willing to face the possibility that the answer we expect is the wrong one. We're setting up idols in our hearts that keep us from God, rather than helping us get to know Him, rather than allowing us to understand Him.

Your intentions may be good, but you have not allowed the Holy Spirit to give utterance.

The result of this is that you have committed that scriptural no-no of trusting in your own flesh. You are giving yourself your own outcome, your own answer.

Joseph Smith once said, "There are two comforters spoken of. One is the Holy Ghost, the same as given on the day of Pentecost, and that all Saints receive after faith, repentance, and baptism. This first Comforter or Holy Ghost has no other effect than pure intelligence." (Teachings of the Prophet Joseph Smith, p.149)

That other comforter, as we know, is Christ Himself.

Back to the first comforter... all the other emotions and physical reactions that we attribute to the Holy Ghost as answers... What are those if the Holy Ghost only answers in pure intelligence?

What about this scripture?


Verily, verily, I say unto you, if you desire a further witness, cast your mind upon the night that you cried unto me in your heart, that you might know concerning the truth of these things. Did I not speak peace to your mind concerning the matter? What greater witness can you have than from God? D&C 6:22-23


And others will he pacify, and lull them away into carnal security that they will say: All is well in Zion; yea, Zion prospereth, all is well--and thus the devil cheateth their souls, and leadeth them away carefully down to hell. And behold others he flattereth away, and telleth them there is no hell; and he saith unto the: I am no devil, for there is none--and thus he whispereth in their ears, until he grasps the with his awful chains, from whence there is no deliverance. 2 Nephi 28:21-22

Is your peace from God? Or are you being pacified?

Learning the difference is important for all of us. It is an excuse to pray and seek out the truth for ourselves. It's a vital experience in discerning that all faithful followers of Christ must undergo.

I highly recommend Feeling, and Fooling, the Spirit for a more thorough examination of what is and is not the Spirit.

Along with us blocking the Spirit with our own feeling and own answers, there are always people who will encourage that. People who will exploit (whether knowingly or unknowingly) this tendency in devout people.


Thus saith the Lord of hosts, hearken not unto the words of the prophets that prophesy unto you: they make you vain: they speak a vision of their own heart, and not out of the mouth of the Lord. They say still unto thee that despise me, The Lord hath said, Ye shall have peace; and they say unto every one that walketh after the imagination of his own heart, No evil shall come upon you. Jeremiah 23:16-17

This is another example of how we are pacified and lulled into carnal security.

Furthermore, not waiting and allowing God to answer us, filling ourselves with the answers of our own expectations and understanding, is that not despising the Lord?

It certainly is not putting our trust in Him.

This tendency that C.S. Lewis pinpointed is an example of arrogancy, vanity. It is trusting in ourselves over God. We put our own wisdom and knowledge before that of God's.

And we do it unknowingly.

Admit to yourself and God that you don't know the answer. You have a guess, but you're willing to cast aside that assumption for the truth that God has to give you. You even have a lot riding on the answer you want being the correct one, but you're willing to give up all that entails to follow Him. Have this in your heart, then wait on His answer. This is humility. This will get you more answers. You can't learn something different than what you already supposedly know. You can't gain real charity by fabricating it yourself. You can't gain real forgiveness by fabricating it yourself.